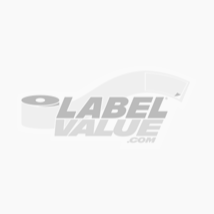 Q: What Is Reflex Blue and What Is the History Behind It?

A: Reflex Blue is one of the few Pantone colors that is not identified by the Pantone standard 3 or 4 digit code used to identify colors. It is one of the most common colors chosen for branding materials, as it is a striking, deep, true blue.

So where did Reflex Blue come from?

Reflex Blue was actually first used by a company from Cincinatti, Ohio in the 1800s. The company, Ault & Wilborg, manufactured printing inks and pigments. They created a variety of inks and gave them different names such as a spectrum of reds called "U.S. Reds" and a spectrum of blues called "Reflex Blues." These colors utilized new technologies that allowed ink to expand beyond the typical black inks that had been used to that point in time.

Over time, the Ault & Wilborg ink company went out of business and the U.S. Reds and the spectrum of Reflex Blues were adopted into the standardized ink systems as new printing and ink companies came along. Namely, Pantone adopted the truest blue of the Reflex Blues and kept the original name, Reflex Blue.

So what exactly is Reflex Blue?

Reflex Blue is an Alkali Blue pigment. Alkali pigments contain the mineral cobalt and are very, very strong in color. That's what gives Reflex Blue such a strong, deep color. In addition to the fact that some printers or softwares have a hard time interpreting the codes used for Reflex Blue at times, the Reflex Blue ink also takes a very long time to dry. The long drying time is caused by the same characteristics that give it such a rich blue color. In fact, the minerals that make up Reflex Blue are so porous that they act like little sponges.

In short, Reflex Blue is a deep, true blue color that is an anomaly in the Pantone color numbering system, due to its unique properties and history.