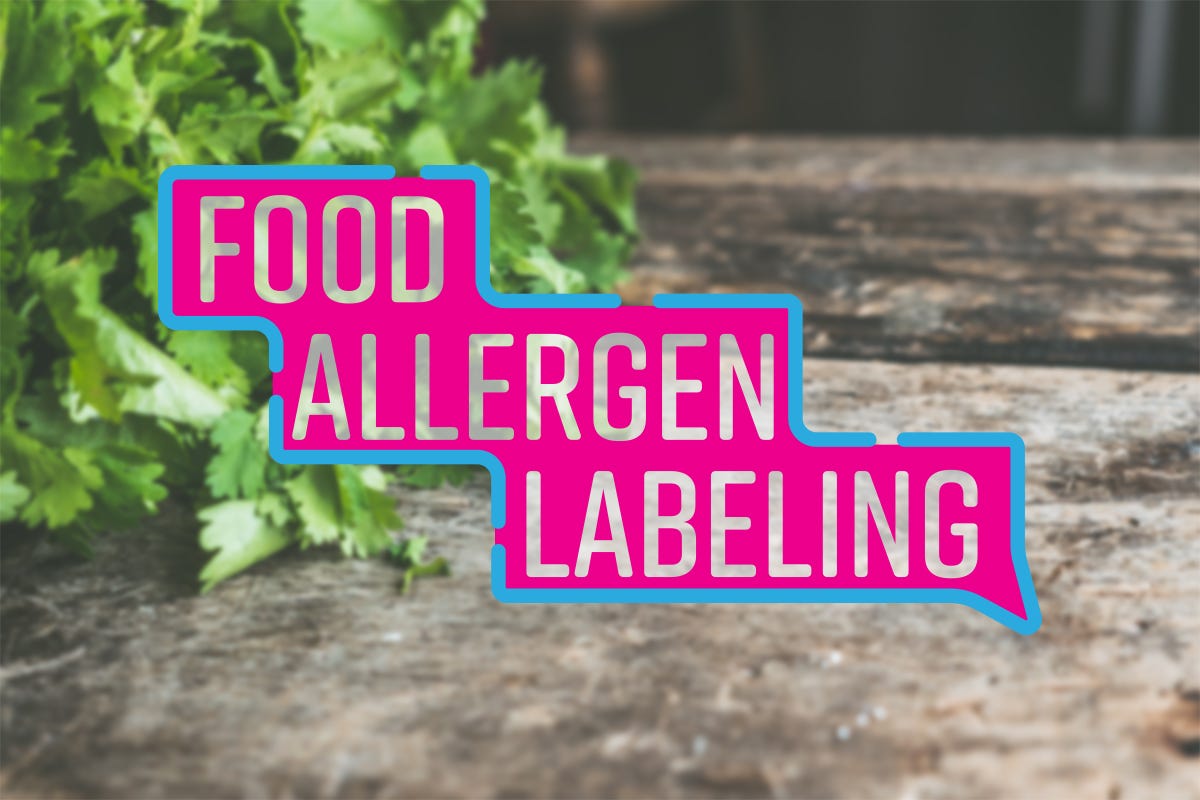 Now, unless you are some sort of mad titan, you don’t want your product to wipe out a chunk of the population. Not only is it bad press for your brand, but it's just plain wrong. You may, though, be responsible for spreading potentially dangerous allergens to unsuspecting consumers. That is, if you’re mislabeling your food products. In the following article, we’ll discuss the importance of proper food allergen labeling for products.

So your product contains allergen proteins. How do you clearly articulate this to your customer base? Well, FALCPA specifies what needs to be done. What’s FALCPA, you ask?

FALCPA, or the Food Allergen Labels and Consumer Protection Act, is a public law that specifies the way food items with allergens should to be labeled. The law came to be in 2004, and its creation was the result of the disturbing negligence of manufacturers. Between 1999 and 2000, the FDA (Food and Drug Administration) surveyed 85 food manufacturers in Wisconsin and Minnesota. The survey, done in collaboration with state authorities, turned up some shocking results.

What are the Major Food Allergens?

Now according to WebMd, there is a list of eight food items that are responsible for ninety percent of food allergies. They are known collectively as major allergens and consist of milk, eggs, peanuts, tree nuts, soy, wheat, fish and shellfish. There are also lesser known allergens such as corn, certain meats, gelatin, seeds like sesame, poppy and sunflower as well as spices like caraway and coriander. Just to name a few.

The symptoms of these allergens may include hives, difficulty breathing, uneven heartbeat, fainting or worst of all diarrhea. Suffice to say, there are a lot of dangerous allergens out there that you should be aware of.

These allergens affect about 2% of American adults. The percentage is higher for children at 4-8%, which is way too many in the way of potential harm. 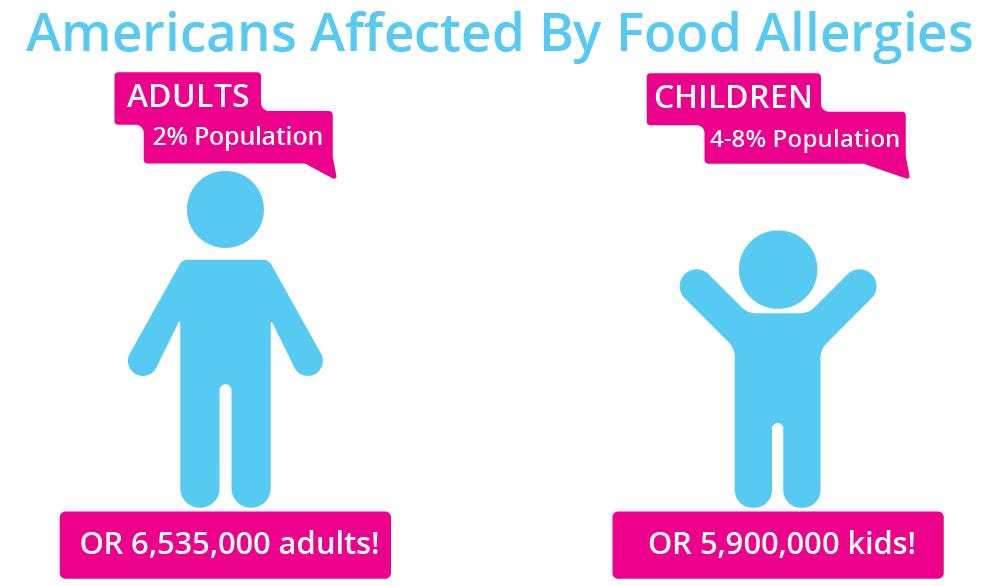 The number of children affected by allergens is especially concerning considering that, among the food items surveyed, a large portion were baked treats, ice-cream and candy. 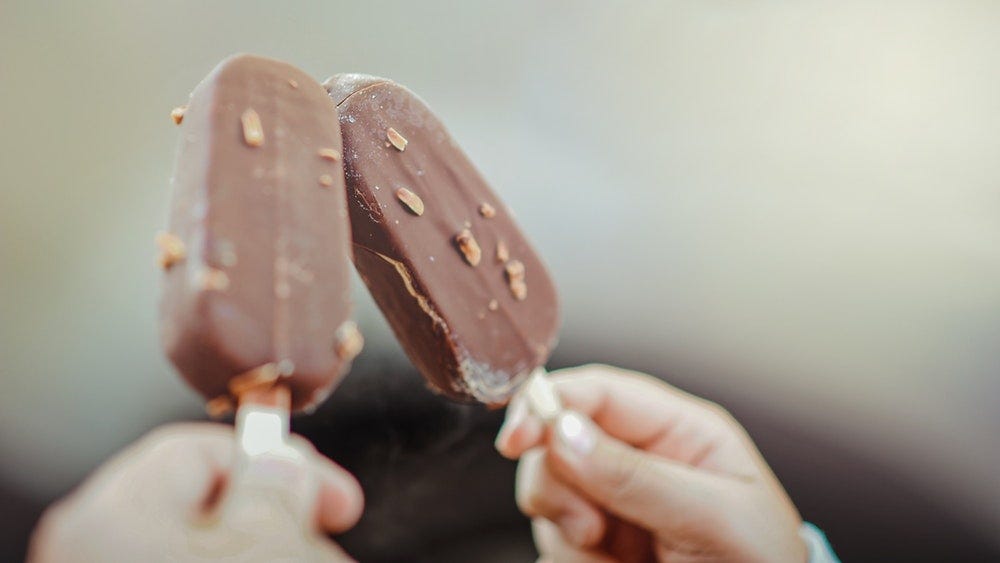 This, however, was only one sign of a disturbing trend.

Adam Fox, a consultant pediatric allergist at Guy’s and St Thomas’ hospitals, had this to say: “If you think in terms of decades, are we seeing more food allergy now than we were 20 or 30 years ago? I think we can confidently say yes. If you look at the research from the 1990s and early 2000s there is pretty good data that the amount of peanut allergy trebled in a very short period.” 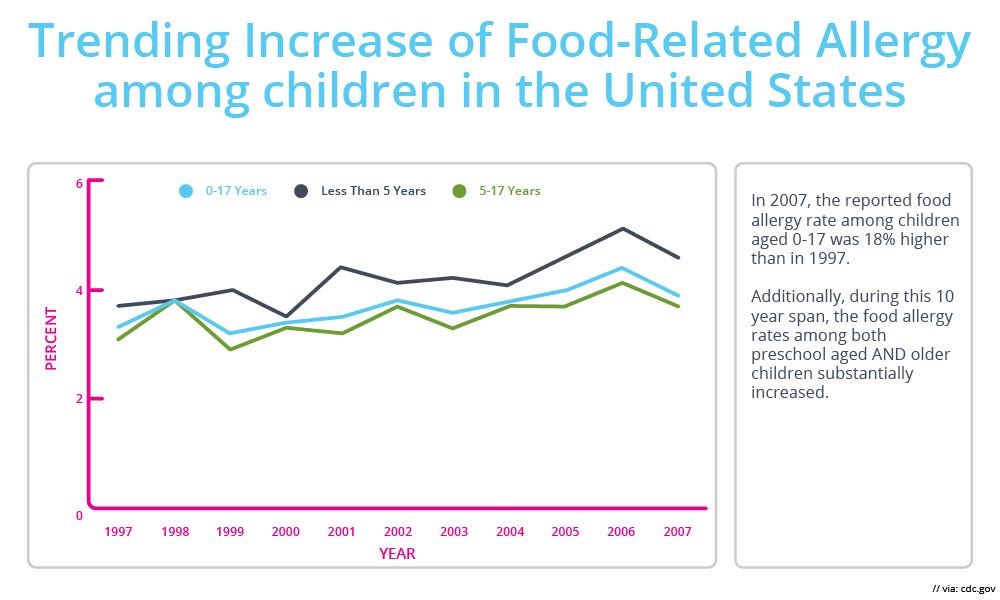 Hugh Sampson, a director with the Jaffe Food Allergy Institute at the Mount Sinai School of Medicine in New York, only described the findings as “disturbing.” See, at that time, allergic reactions resulted in about Allergic reaction result in 30,000 emergency room visits a year, and 150 to 200 deaths a year.

In an effort to mitigate the harmful effects of these allergens, and probably the backlash from the public’s awareness of their widespread propagation, congress created FALCPA.

So what did this mean for food labels? What does this mean for your products? Well, any allergy aggravating proteins in a food item must be identified and their presence must be clearly articulated on the label. There are two to accomplish this. One way to properly specify their presence is to put the names of the allergens in parentheses. 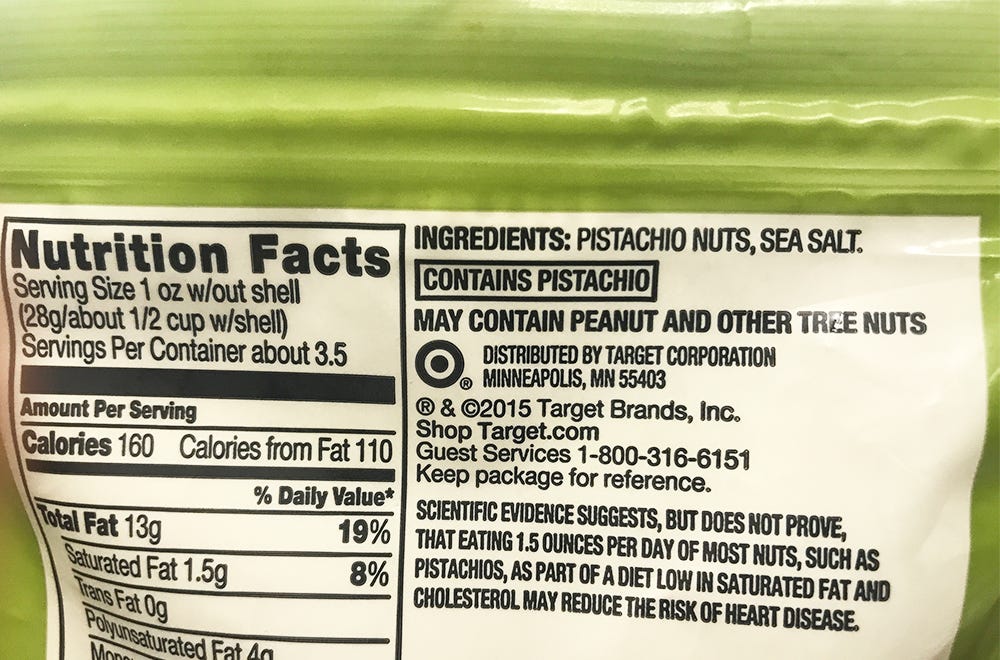 Allergens can also be spread if the food item was packaged in a place that also packages food items with allergen proteins in them. For example, imagine your plant packages gourmet hotdog buns as well as peanuts. These gourmet hotdog buns may be exposed to the allergen proteins of the peanuts. This, too, can spell disaster so you should a disclaimer stating “WARNING: Processed on equipment that also processes peanuts.” 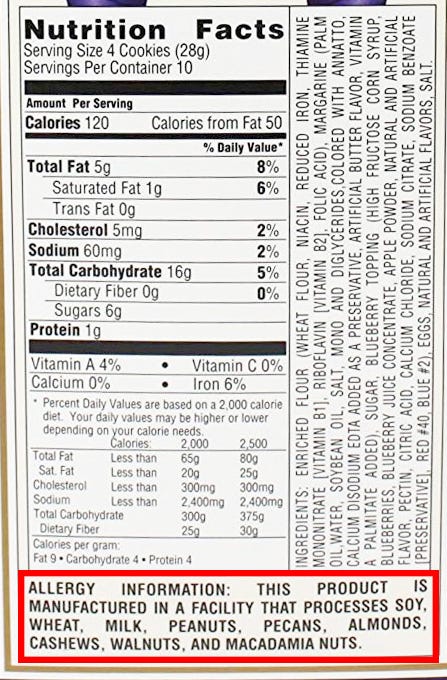 It is also against FALCPA policy for a label to state that a food item “may” contain a specific allergy protein, and there are no exceptions to this rule. Manufacturers can, however, request permission to omit a certain food ingredient if it does not cause an allergic reaction in people or threatens their health. It’s important to remember, though, that the FDA does perform inspections of food products. So don’t try anything slick. Not only will you not get away with it, the negative consequences of consumers being exposed to the allergens far outweigh any potential cost-savings.

If a food item contains allergy causing proteins and is not properly labeled it may be spotted by customers, and you may be forced to recall it. The other consequence involves the product being seized by the FDA and taken off the market.

Now that you’re up to speed you may be considering getting new labels, ones that better articulate necessary allergen information. Instead of purchasing print plates, paying new set up fees, etc., take advantage of digital printing offered by LabelValue by simply updating your artwork and printing your labels with us. No setup fees, no print plates. Your labels ready in just 5 business days.

You can get started here on your free custom label quote here. LabelValue is open Monday through Friday. We’d love to help.